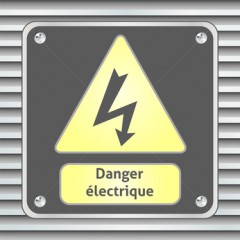 For protection against the thermal effects of an electric arc the product standard IEC 61482-2 was developed. This standard not only makes demands for fabrics used to fabricate the clothing, but also the way the garment is manufactured get’s it’s point of attention. For clothing to meet the standard the fabric, or the multi-layered concept, needs to be flame retardant and to withstand an electric arc. Also, it must have a tear and tensile strength or burst strength of a sufficient level. Finally, the clothing may, after washing and drying, shrink only to a limited extent.

What is an electric arc?

An electric arc is a continuous or brief electrical discharge with very high current between two conductors at a distance. An electric arc is attended with a very bright light and intensive heat. Because of the risk of severe burns, with potentially fatal consequences, caused by intense heat an electric arc represents a very serious threat. The electric arc also generates other potential dangers, for example intense light, a pressure wave, noise or toxic fumes.

Requirements for protective clothing that protects against electric arcs

Naturally, there are requirements for the protection against the thermal effects of an electric arc. This can, according to the standard, be done in two ways. Depending on the needs of the user one or both of the methods should be applied. The open arc method is described in IEC 61482-1-1, while the box test falls in the IEC 61482-1-2.

The open arc method determines, inter alia, the Arc Thermal Protection Value (ATPV). This must be at least 167,5 kJ/m² (4 cal/cm²). A higher value means better protection. The necessary ATPV value can be determined by a labour risk analysis. The standard IEEE 1584 and NFPA 70E make recommendations for the selection of the necessary ATPV.

At the box test, the class is determined depending on the test conditions and the measured thermal protection. Class 1 is the minimum, and thereby corresponds to an arc of 4kA, for 500 ms and at a distance of 30 cm. The test for class 2 makes use of a short-circuit current of 7 kA.

The electric arc tests will be carried out on the fabric (or the multiple layered concept) and the clothing. The first in order to determine the feasible level of protection, and the second to determine if the garment manufacturing method can also withstand the arc conditions. This could include the seams, the fasteners and optional components on the outside of the clothes.

In recent years in Europe, clothing has mostly been provided according to IEC 61482-1-1 (box test) so with a statement of class 1 or 2. Outside the EU, and particularly in the USA and in the offshore industry, classification of the clothing is mainly based on ATPV. Although the number of laboratories that can perform such measurements is relatively limited, lately garments have become available with their performance levels specified for both methods. Because both methods do not correlate mutually, producers must carry out test according to both methods.

This procedure seems a bit of a meaningless development and it is probably better to make a final choice between the two methods. As far as we are concerned, IEC 61482-1-1 is taking the advantage because there are already standards available on which the choice of the appropriate level of protection can be based.